Nanjing, one of the most delightful Chinese cities, lies on the south bank of the Yangtze River and it was initially a province-level municipality, but now is the capital of Jiangsu Province. This city has a brilliant cultural heritage and is known as the Capital City of Six or Ten Dynasties in China’s history. After Shanghai is the second largest commercial center in the East China region with an urban population of over five million. 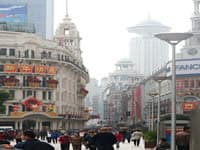 The city name was changed with the changing of dynasties, originally called Yue City. Moling in the Qin Dynasty and during the Three Kingdom period was called Jianye. In the last years of Western Jin, the name was changed to Jianlang. It was called Shen Zhou in the Tang Dinasty and renamed Jiangning in the Song Dynasty. Only until the beginning of Ming Dynasty was it officially called Nanjing.

Nanjing has a humid subtropical climate; its seasons are distinct with usually hot summers and plenty of rainfall every year. The city enjoys beautiful natural scenery, surrounded by the Yangtze River and mountains. These natural lakes are Xuanwu Lake and Mochou Lake, both located in the heart of the city with an easy accessible. Also the hills like Purple Mountain are cover with evergreen and oaks, hosting various historical and cultural sites.

In the southern China area, Nanjing was one of the earliest established cities and it has experienced numerous destructions and reconstructions. Actually the wall of Nanjing city is the longest surviving city wall in the world.

The Ministry of Interior of the Republic of China (Taiwan) referred to Nanjing as the official capital of Taiwan, while Taipei is just its temporary capital. Basically the current industry of the city inherited the characteristics of the 1960s with electronics, cars, petrochemical, iron and steel and power as the “Five Pillar Industries”. Since then the city increments has received increasing attention from foreign investors such as Volkswagen, Iveco, Sharp among others and on average, two new foreign firms establish offices in the city every day.

The transportation hub in eastern China is Nanjing, and like other Chinese cities the public transportation is the dominate travel mode of the majority of the citizens.

The cultural sights also attract thousands of travelers as well as historical sites, memorials and museums. The Confucius Temple is a famous memorial place with its surrounding area of shops, restaurants and a snack street housed in traditional Chinese architectural buildings. The Nanjing Museum has a collection of more than 420 pieces. The Observatory on Zijinshan Mountain is the first modern observatory built in China.

Therefore the best season to visit this city is spring or autumn. Nanjing is famous for its local arts and crafts. Some of the most well-known products are cloud-pattern, brocade, swine down, Yuhuan(rain flower) stone, imitation ancient ivory carvings, traditional Satin Velver, Yuhua Pebble and antique imitation of wood carving.